Lara continues her journey to the Tomb of Tihocan… Lara kills the most annoying Pierre DuPont. I searched on the internet and there are several people with that name. 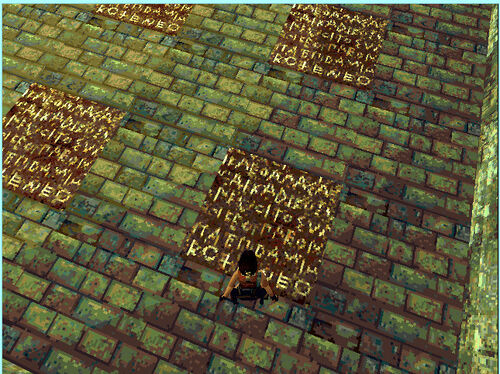 I don’t understand any of the words except “Neo” in the last row. I could not find it. I think it’s Latin due the “R” but I also find a Sigma sign thrid row and a Gamma in that some row. I don’t think that in the text some sort of hidden name is. I might think it is just copied from an unknown source. 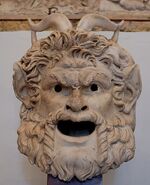 I think it is an ancient Greek masks used of dramatic plays. If you look close, the masks has wings on his head or horns. I could not find the exact match but it look something like this. Masks of a satyr. Roman artwork, 2nd century CE 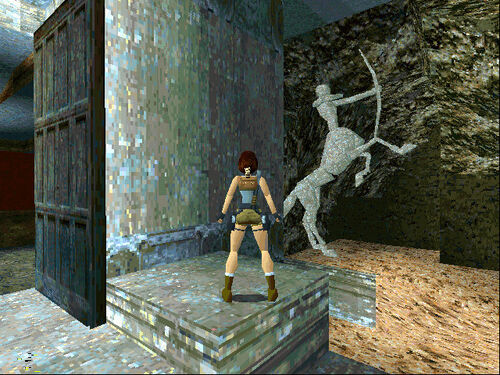 A centaur is a mythical creature half man half horse often wearing a bow. In this position it looks a bit like the Sagittarius zodiac sign.