The Tomb of Qualopec is a level of Tomb Raider 1.

The bird comes from the Chan Chan culture.

Chan Chan is located in the mouth of the Moche Valley[3] and was the capital of the historical empire of the Chimor from 900 to 1470,[4] when they were defeated and incorporated into the Inca Empire.[5]

Picture from here. Inspired by this article.

Found at wikipedia a “Maya glyphs in stucco at the Museo de Sitio in Palenque, Mexico”. Look at the right, bottom one. This looks like glyph on the left from the above picture but upside down.

The other one cannot be found, at this moment. 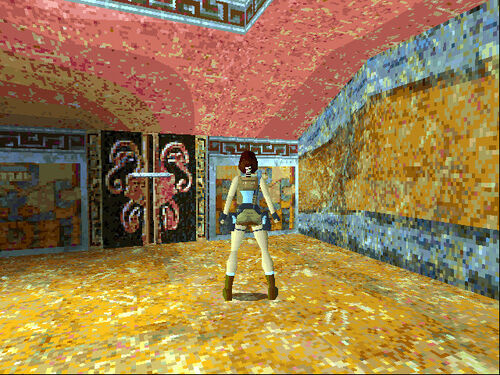 Could not find. But it’s interesting. 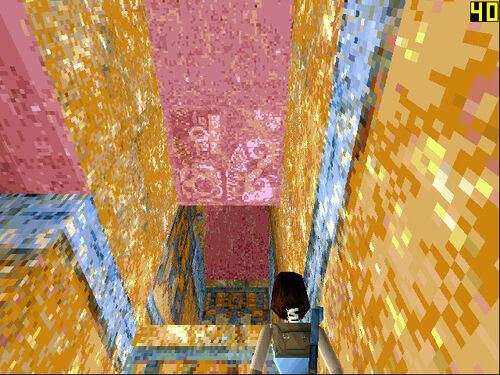 Could not find. But it’s interesting.

She is called Chicomecoatl or “Seven Serpent” and is an Aztec goddess.

She is sometimes called “goddess of nourishment”, a goddess of plenty and the female aspect of maize.[2] More generally, Chicomecōātl can be described as a deity of food, drink, and human livelihood.[3]

I think the statue is a combination of underneath images. Since she has four circles in her hair and a V-shape dress. Most of the images she offered maize.