The Tomb of Seth

The Tomb of Seth is a level from Tomb Raider IV. 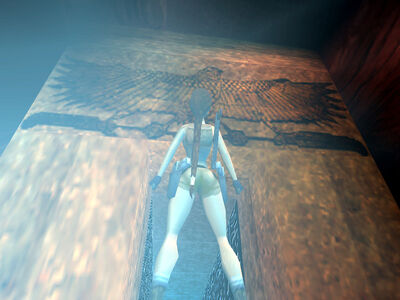 This is the same picture as in Tomb Raider 1, in the Egypt level. I couldn’t find it 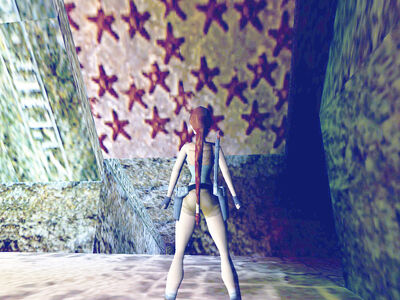 These come from the ceiling of the temple of Hathor in the temple complex of Dendera. 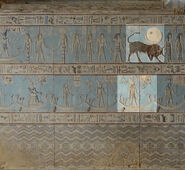 These come from the roof of the Hypostyle hall (Pronaos) of the Hathor temple in Dendera. The god on the boat is probably Horus. The bull is not known but could be the king of Egypt.

These come from the roof of the Hypostyle hall (Pronaos) of the Hathor temple in Dendera. These are three gods. The hyro’s are too tiny to read them. 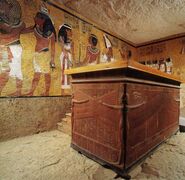 This depict the inner shrine of Tutankhamun (or Tutankhaten), it is made of stone. The four other shrines are of wood with a layer of gold on it. We see the goddess Nepthys . On each side is a goddess: Isis, Neith, Selket, spreading their wings to protect the diseased.

The goddesses spreading their wings to protect the diseased, was a common theme used on the decoration of the sarcophagus in the 18th dynasty. Except Akhenaton, he used four Aton-discs with hands on the sides of his sarcophagus.

These come from the roof of the Hypostyle hall (Pronaos) of the Hathor temple in Dendera. The god is unknown. 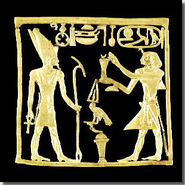 Amenemhat IV offering goods to Atum, the god of Iunu (Heliopolis). This is can also be seen on Tomb Raider 1. It has been reused.

Lapis Lazuli (blue) and gold remind me of the mask of Tutankhamun. But there is so much more blue and gold in the tomb of king Tut.

According to dr. Nicolas Reeves the famous mask is not from him but from Neferet-iti (or Nefertiti). Read more here.

This time it is a view of the room like Core Design frequently does. 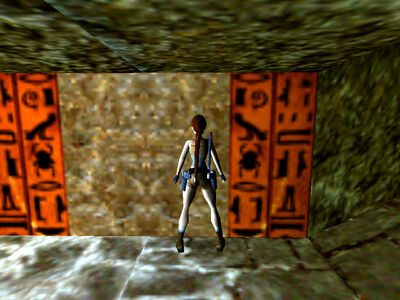 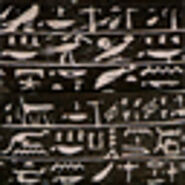 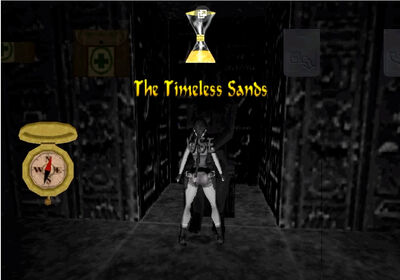 In my memory it was called “Sands of time”. Lara places the the object “The Timeless Sands” on the statue. It clear all the sands from the Sfinx.

The sands of time is an English idiom relating the passage of time to the sand in an hourglass. The hourglass is an antiquated timing instrument consisting of two glass chambers connected vertically by a narrow passage which allows sand to trickle from the upper part to the lower by means of gravity. The amount of sand determines the amount of time that passes as the chamber is emptied. The image of the sand being emptied in the hourglass creates a visual metaphor for the limited duration of human life, and for the inevitability of change in the world as a whole.

The hourglass, sometimes with the addition of metaphorical wings, is often depicted as a symbol that human existence is fleeting, and that the “sands of time” will run out for every human life.[15] It was used thus on pirate flags, to strike fear into the hearts of the pirates’ victims. In England, hourglasses were sometimes placed in coffins,[16] and they have graced gravestones for centuries. The hourglass was also used in alchemy as a symbol for hour.