St. Aicard's Graveyard is a level from Tomb Raider - Angel of Darkness.

There are two routes to get into this level.

I choose the Francine route. 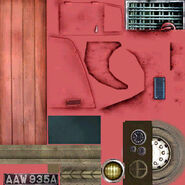 It is just a little of paris2_2.gmx.clz. I found a truck near Francine place. I think it is a 1934 Ford Model A BB  1. I saw in the GMX file that its license plate is AAW 935A. Searched on the internet and came to this address.

It is called “Landscape with Orpheus” from an unknown maker. Made in Flanders around 1570. It is now in the Ghetty Museum, Los Angeles, USA. There is a myth based on Orpheus and Eurydise, read more about it here.

This one is called: “Pastoral Journey” from Giovanni Benedetto Castiglione (1609 - 1664) made in 1650. Italian Baroque painter.

As a young woman rides her horse through a flock of sheep, she turns to speak to a man walking by her side. The sheep bunch tightly together, guided by three young shepherds, and a man carrying a large pitcher stands beneath a palm tree in the . This scene probably shows the biblical figures of  and his wife  journeying to Egypt to escape the famine. Giovanni Benedetto Castiglione used oil paint to create this detailed drawing. With the tip of the brush, he varied the shape and curve of his strokes to create the woolly sheep coats, the fluttering leaves in the tree overhead, and the softly faded tones of the landscape in the background.

It is a Tiffany table lamp. Named after the creator: Louis Comfort Tiffany (1848-1933). Its style is Art Deco. I couldn't find the exact match..

Load this level and fly over to a small piece of level paris2_2 opposite of Parc du Lune is a poster “Live Girl”. This poster can not be seen in the paris2_3.gmx.clz level but only can be seen from Saint Aicard Graveyard. It’s weird.

First I thought it was the girl from the painting “Venus” by sandro botticelli  But her right arm has a different position. But I find it a true gem.. I think it is a calender girl.. 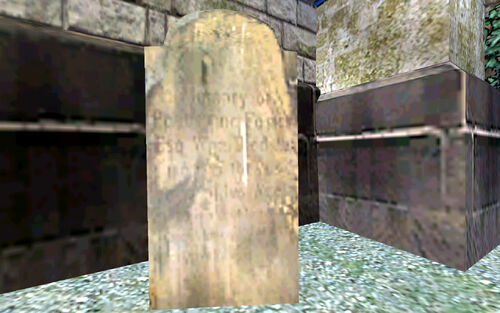 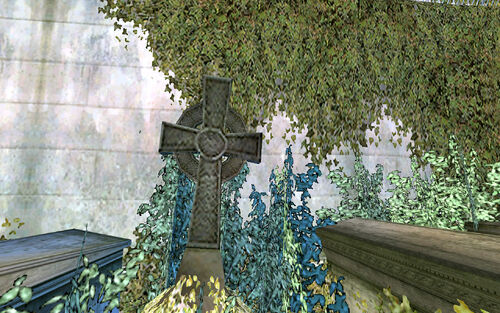 This cross type is a Celtic cross. I wonder what it’s doing here in France. It is just a cross with a ring on it. You can find it in Ireland but also in England.

The tomb lid is a reused picture we saw in the St. Aicard Church. 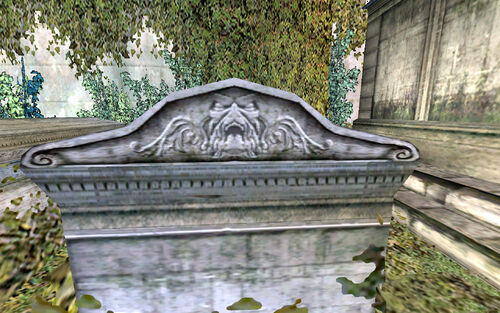 There is a demon face on a tomb lid. I think it is a green man. But I couldn't find the original.

This is a combination of two tombs in Père-Lachaise:

This is tomb of Rouge in the Père-Lachaise.

This looks a bit like the tomb of Familie Pasquier.

There is an angel in the cemetery that looks exact like this.

some facts some of my findings.

There are not a lot of unused pictures. But what it remarkable is that this level set contain some different images from Parisian Ghetto and Madame Carviers Apartement. 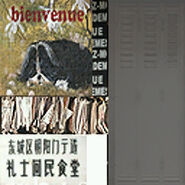 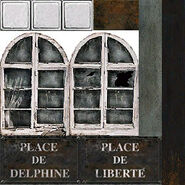 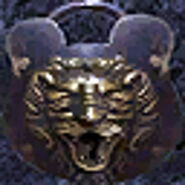 There is also an unused picture in Francine's home. 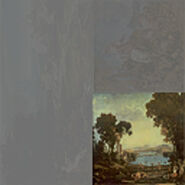 The painter is Claude Lorrain and is called "THe Mill" but also: "Landscape with the scene of the wedding of Isaac and Rebekah".

Hidden names of the developers[]

Inside of a tomb with a blue door is an easter egg. More information on my Tomb Raider 6 Easter Eggs page.

Lara can land or stand on places that are not supposed to be. 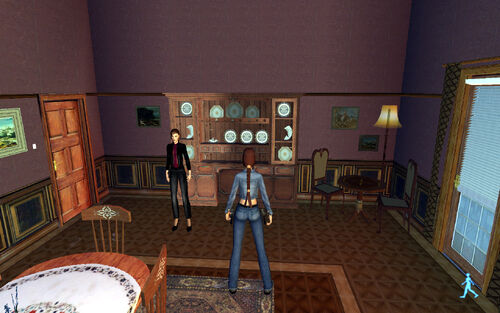 Lara is enjoying the hospitality of Francine’s, Pierre’s Ex.  Maybe a little too much.. Lara accidentally shooted some plates.. Francine is not happy with Lara.