The return to Egypt, is the first level of Tomb Raider - Unfinished business. It is an extension pack for the original Tomb Raider on the PC and Macintosh.

The level hasn't any story. According to Phil Campbell, one of the level designers. The level is inspired by Alice in Wonderland. [1] Alice followed the white rabbit to get into the rabbit hole. This time Lara Croft followed the cats in the level. Sometimes the track of paws leads to useful place, but sometimes the cat is a bit naughty. Phil Campbell has 4 cats.

In this level you see many references to goddess Bastet. Bastet has a sweet side: her cat form. Bastet has a fierce side: a lion form. She is then called Sekhmet. 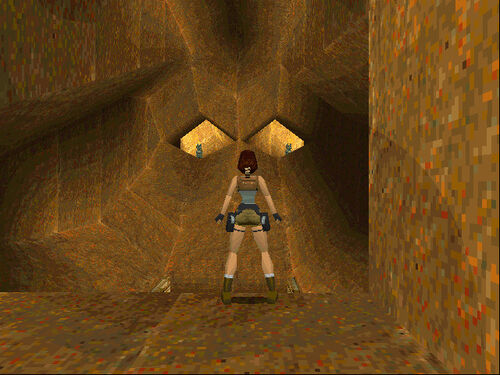 Lara falls through the 'rabbit' hole and encounters two black holes that give light, like the eyes of a cat. 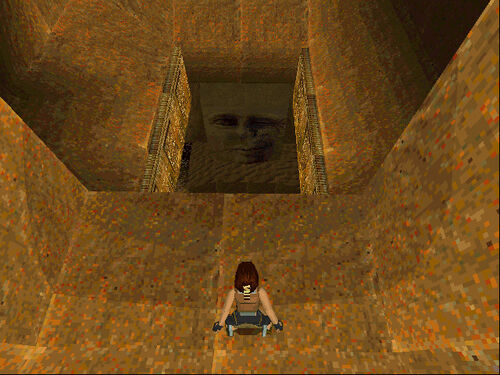 The sphinx of Gizeh winks at you.

The original texture was Horus as a bird. It has been replaced by a cat in attack mode. Which is quiet nice. 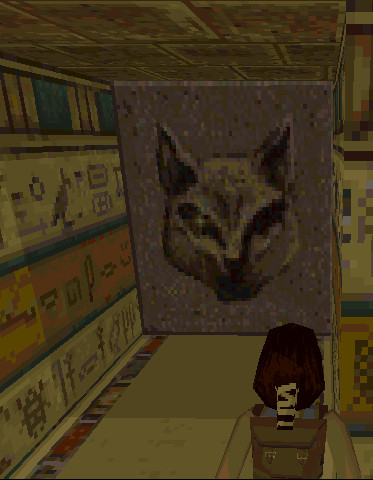 It reminds me a bit of The Terminator, at the end when the Terminator is damaged. Seeing one red eye. But it can also be a reference to the Chestshire Cat from Alice in Wonderland.

Hunefer lived during the New Kingdom and had a neat papyrus which is very famous. His papyrus is on display in the British museum. In the City of Khamoon level the first picture appeared. This time it is edited and Hunefer worships a cat and two gods (Shu and Atum, the two are switched).

The cat paws in the first picture lead to a shotgun and some ammo. The second one leads to a room with a pit with spikes. I didn't hear the cat and fell in the spiky room ahead. 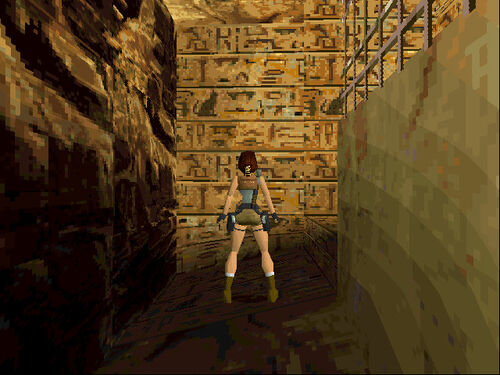 The original texture with hieroglyphics has a sign replaced with a cat. De hieroglyphics are in a bad shape so I can't tell what it says. But it could be something that a cat says: feed me. (there is a sign that looks a bit like a crib). 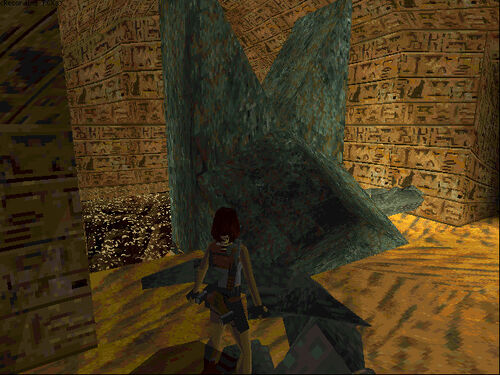 The green structure looks a bit like a cat. Nice crafted! It was made intentional, because Phil Campbell loves cats. It is near the crocodile pit. 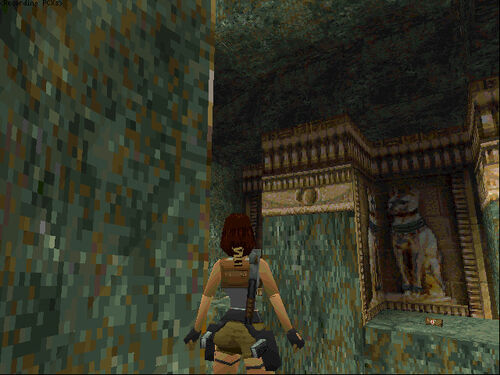 Could not find the original. Seems like a Roman period statue of a cat.

Teeth of the cat

This time Lara is in the cats mouth. You can see the teeth of the cat. It is called "Jaws of death". Picture came from Tomb of ash website: [2] 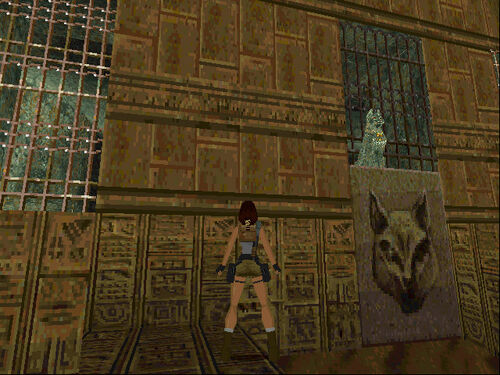 Cat looking out of the windows, real cats do the same. The cat statue lead you to the next place where you need to go. 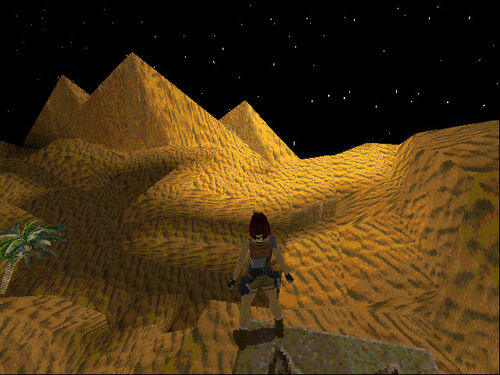