Parisian Ghetto is the main level and divided into three levels. It is a level from tomb raider AOD.

This is the third level of Parisian Ghetto.

It has several locations: 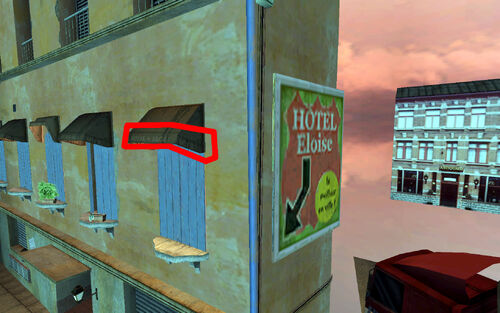 Near the Hotel Eloise there are windows with the same texts on it. It also appears in the Parisian Backstreets level. 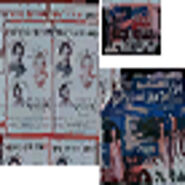 Unfortunately the wanted poster is very blur. What I can see is Margot Carvier, Lara Croft and an unknown person.

There is also a girl on the poster and a red car. 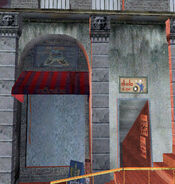 There is a Tattoo shop in the Parisian Ghetto. But it is not developed. There are tattoo examples on the wall. 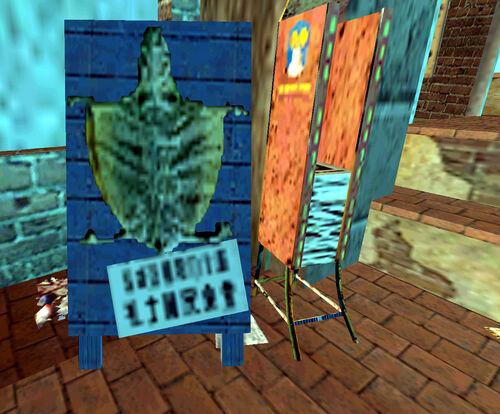 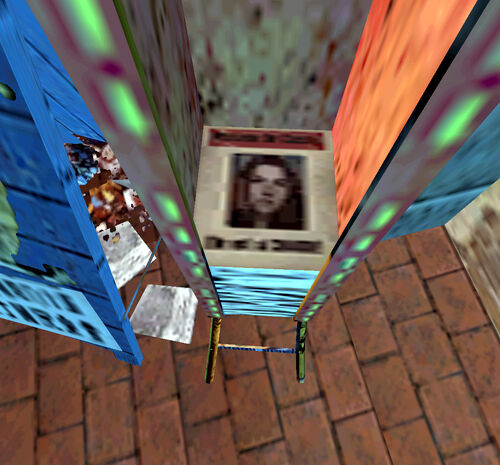 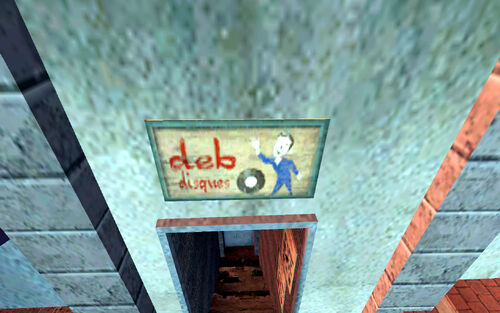 Probably there is a mixed shop: tattoo shop and disque shop.. 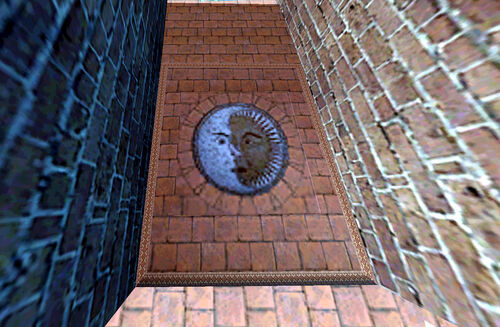 It is an alchemy sign. They are opposite but also the opposite properties attract each other. 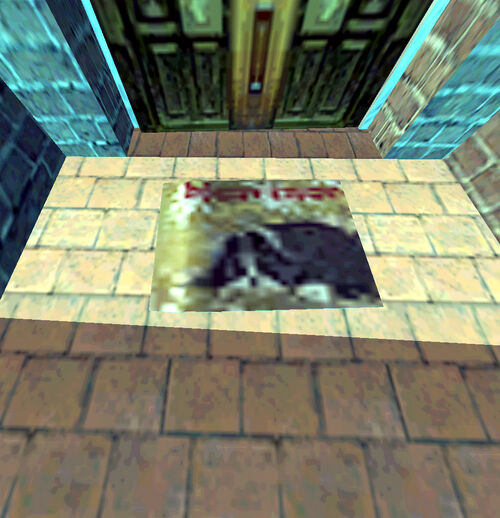 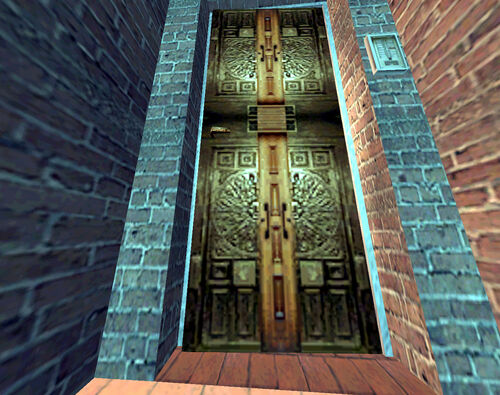 Rather strange door.. In the unpatched version of AoD you can't see this. 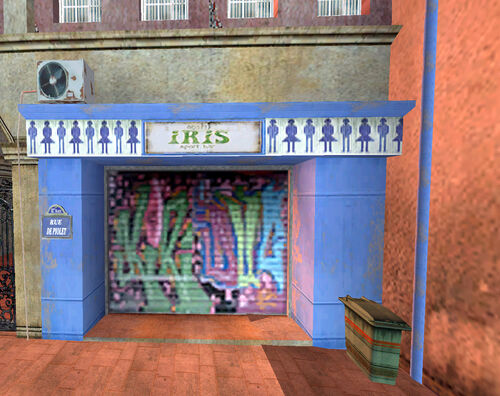 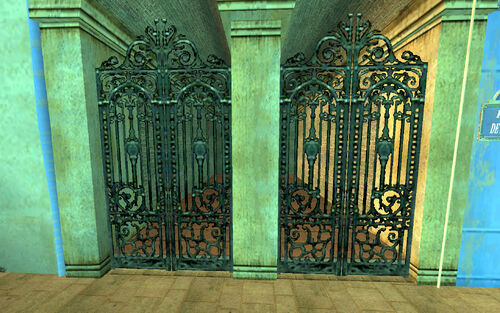 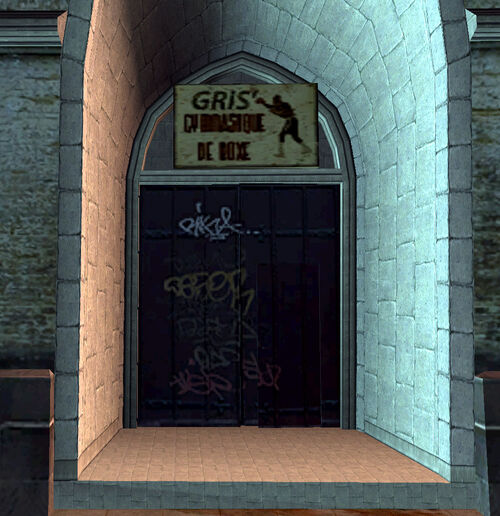 The church looks like similar to the St. Ambroise Chruch in Paris (11th arrondissement) 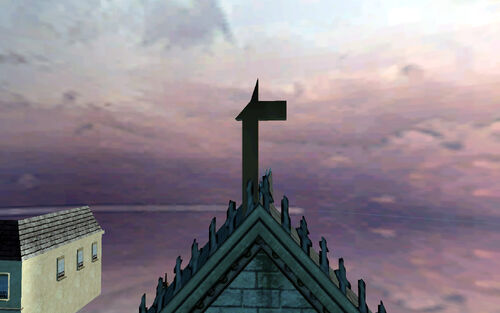 The cross looks damaged. Could be an error..

I found a famous metro station in Paris it is called Porte Dauphine.  The building is a work of french architect Hector Guimard. The building itself is a good example of art nouveau. Which can be seen in Paris. The second picture is from wikimedia commons.

Wallace Fountains are public drinking fountains roughly designed by Sir Richard Wallace and sculpted by Charles-Auguste Lebourg. They are large cast-iron sculptures scattered throughout the city of Paris, France, mainly along the most-frequented sidewalks. They are named after the Englishman Richard Wallace, who financed their construction.

For the large model, Lebourg created four caryatids representing kindness, simplicity, charity and sobriety.  Each one is different from her sisters, by the way she bends her knees and where her tunic is tucked into her blouse. 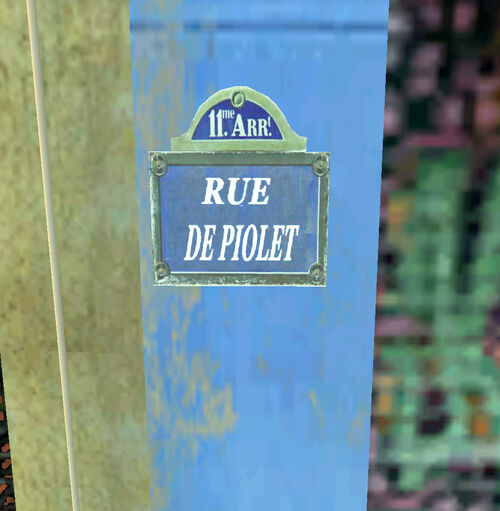 There is a Rue Violet in the 15th arrondissement. Rue de Piolet would mean Ice Ax street. 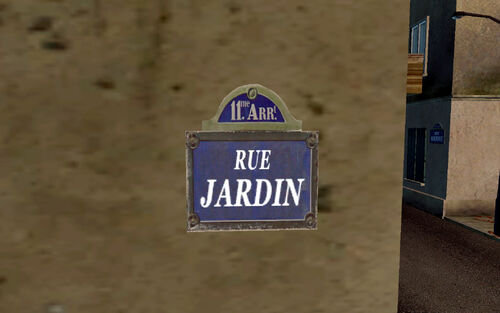 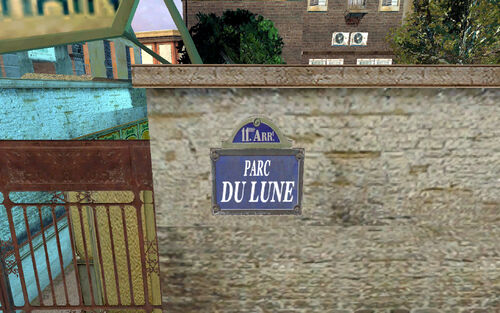 I don't know why it is called "Parc du Lune", there is no park in Paris called like. However there is a park called Jardin du Ranelagh. It is not far from the Metro Port Dauphine. Both are in the 16th Arrondissement in Paris.

Why moon? Moon is also an alchemic symbol which represents silver.

Some of my findings.

There are several unused pictures. However these are too small to look at it on the internet. 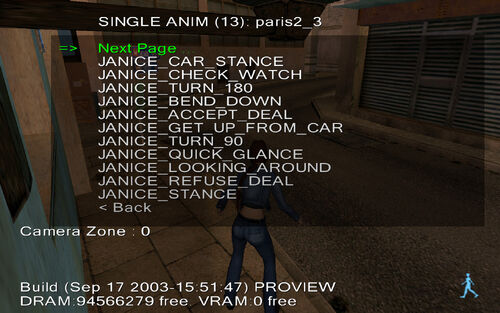 Janice once had another location near Hotel Eloise. This can be seen with the Pizzadox program or if you have Nakamichi's patch then you can hit F2 and switch objects.

There are two hidden cops, also in the other parisian ghetto levels.

Escape door of the Serpent Rouge is red[]

When you go to this area, look at the red door, this is in Paris2_3.gmx.clz. When Paris2.1.gmx.clz is loaded it appears green. The normal texture.

There is some hidden trash. It looks like this level has some errors.