The start of the level starts with a cutscene of her humble abode. You see a fountain with a fish and a motor. It's a Norton StreetFighter according to this interview. 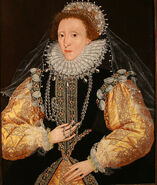 So there you have it. I always felt that the Croft Manor architecture gives off 16th-17th century vibes and this painting is from the same period.  The painting was made long after Mary Queen of Scots was executed in 1567.  After some research I found a match for the portrait below which is Queen Elizabeth I (r.1558-1603).  Whilst Elizabeth and Mary were cousins, it was Elizabeth who had Mary executed.

The painting was made by George Gower in 1580s and it is called the Drewe Portrait. Original can be found here.

00.03 – Monkey/wolflike image on the ceiling 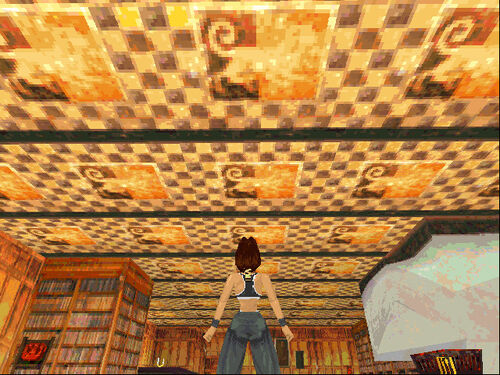 I couldn't find this image. It could be a heraldic sign. It looks great. 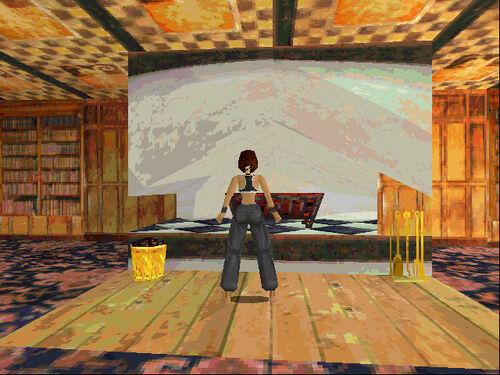 And everything is gold because.. you know.. Lara has money.. :)

The other very small portrait would’ve been almost impossible to identify if I didn’t have any idea where to start.  I’m gonna stick my neck out here and say it’s a portrait of Lady Jane Grey.  Jane Grey was Queen of England in 1553 but she didn’t have enough supporters and the Privy Council turned against her and thus Jane got ousted after nine days on the throne by Mary I (not to be confused with Mary Queen of Scots!) and eventually executed.

Made by an unknown artist in 1590s, oil on panel. It depict Lady Jane Grey also called the Streatham portrait.

It’s Tsar Peter the Great from the Battle of Poltawa made in 1794, tapestry wool and silk. Found here. 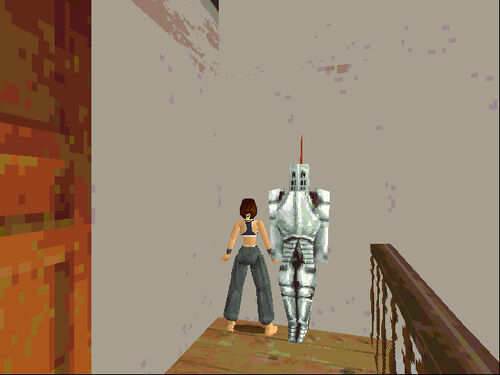 Looks interesting, I think it would fit Lara. 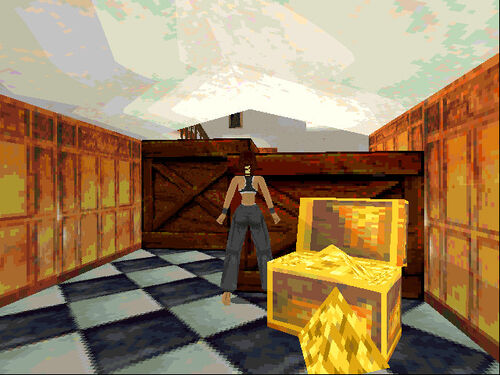 Never saw this treasure chest in Lara's home. I am sure she has loyal workforce. 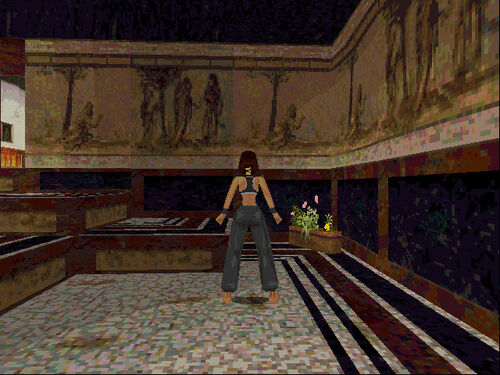 Some unknown mosaics on the walls and flowers. Probably ancient Roman.

Probably a roman/greek object. Some say it is a fountain.. I don't know what it really is.

It is hard to see what it is. But it has two broken arms so.. my first thought on my mind is the Venus of Milo. But that statue is white and this is blackish.