Derelict apartment is the second level in Tomb Raider Angel of Darkness.

Lara has been chased all over Paris because the police think she had done the murder on Werner Von Croy. In the first level she attacks the police with stealth and learn special moves. When running to a derelict building the police trickers to enter the building. Lara must run upstairs to the roof before the police or the gas gets her. . 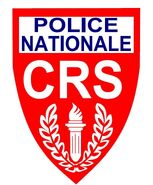 The logo on the helmed has the initials CRS which stands for Compagnies Républicaines de Sécurité.

CRS, are the general reserve of the French National Police. They are primarily involved in general security missions but the task for which they are best known is crowd and riot control. (from wikipedia) 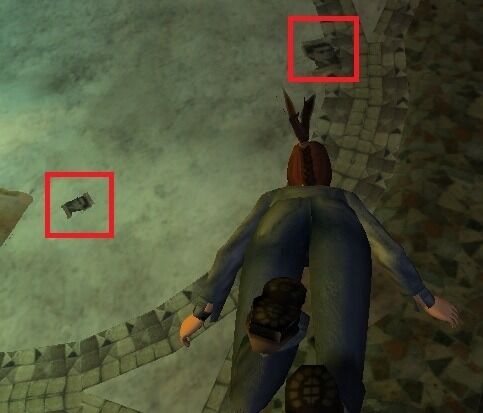 On the ground is a mosaic some photographs of Franz Kafka and a newspaper. Franz Kafka refers to Prague. This is the same picture as in the newspaper in the first level. 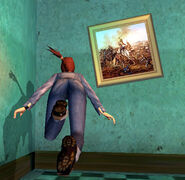 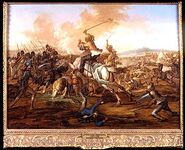 On the first floor there is a painting on the wall.

A huge thanks to @lara-makedonskaya-blog from Tumblr for finding this mysterious painting. I was looking these for months.

This painting was made by Christian Johan Rugendas, the younger (1775-1826) called “Gefecht zwichen christlicher infanterie und türkischer Reiterei” (Fight between Christian and Turkish cavalry). There is another one a floor up. Found here and here. 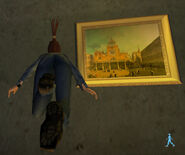 Near the first painting there is also another painting at the ground.

This painting was made by Giovanni Antionio Canal or Canaletto born in Venice (1697-1768). The painting is called San Giacomo di Rialto and was made around 1726. The artist is known from his paintings in Venice and in England. 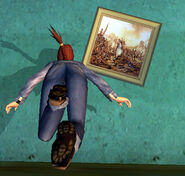 On the second floor there is another painting from Christian Johann Rugendas, the younger. Called “Gefecht zwichen christlicher infanterie und türkischer Reiterei” (Fight between Christian and Turkish cavalry). Found here and here. 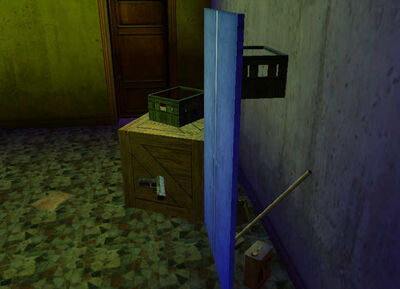 In the wardrobe is an empty gun but also a can of RPM motor oil and a sweeper. The RPM motor oil is an existing branch but it doesn't look like this.

On the second floor there is a box with a pile of books. The blue one looks like a glass. It is a book by N. Hudson Moore, "Old Glass, European and American", made in 1935.

It is probably there because of the link with the Holy Grail and thus with the Knights Templar. Angel of Darkness is full of it. 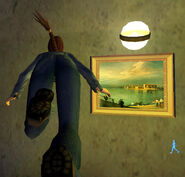 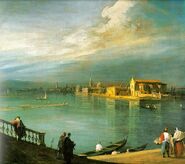 On the third floor is yet another painting. This time it is another one of Canaletto, it is called San Cristoforo San Michele Murano made around 1722-1723. 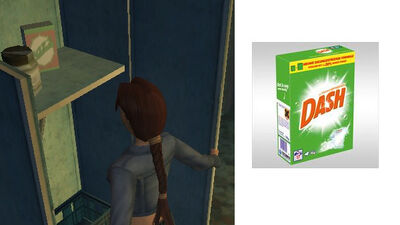 On the third floor there is a room with a wardrobe, in it has a box of Jazz. It is obvious based on the brand Dash. There is also a can with the mark “A” on it. 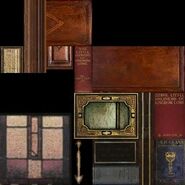 In the GMX files I found a picture with in it a red book with on it: The Little Shepherd.. I found on the internet a book with the same title.

It is called The Little Shepherd of Kingdom Come by John Fox Jr made in 1903. In 1961 a movie was made from that book. It is not clear why this is book was included in the game.