The Colosseum is a level from Tomb Raider 1. Here Lara fights with tigers, crocodils, monky’s and with Pierre duPont. 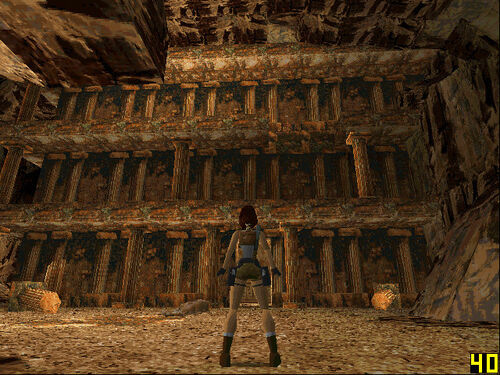 I don’t think it is the Colosseum, it could be the long lost Circus Maximus or another Circus. 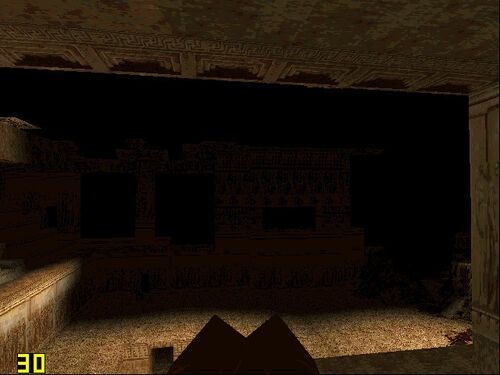 It is just a view. 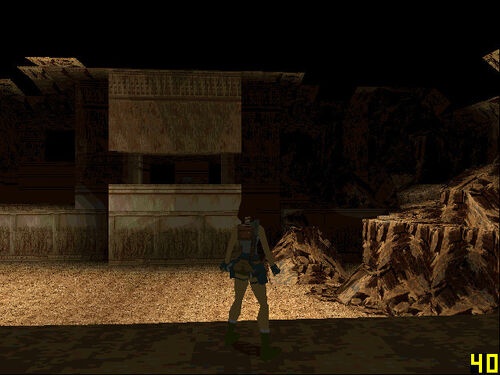 It is the seat where the emperor viewed the activity. 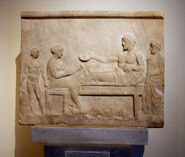 It is called a Klinai. A lying bed used by the Greeks (it is a Greek word), Etruskans and Romans. 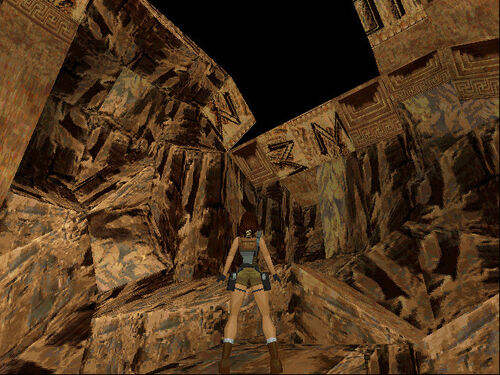 One of the goofs of this level. The MI or M are text from the “MIDAS”. Don’t know what they are doing on the roof.